ONE MORE MILE: Telling The Story of 9miles Media Through Video

Sofia is an account executive at 9miles Media. She is a creative content writer and social media strategist.

I looked up from the call sheet I was reading and caught a glimpse of the final shot. It was the second week of January and we were kicking off the new year with a 5-day studio shoot for a longtime client of ours. The licensed contractor we had brought on set for the project was standing beside the prop wall with a hammer in one hand.

Thomas looked out from behind one of the three Sony Alpha 7R III’s placed on tripods around the brightly lit studio and gave everyone a thumbs up.

It was our first time doing a project of this scale in a studio, so documenting the process was going to be crucial for our newly established content marketing plan.

Just days before, our team had conducted a series of intensive planning meetings all with a single, overarching goal: to develop a clear vision for 9miles Media in 2019. 25 collective hours went into forecasting, brainstorming, automating, and creating. Hundreds of ideas were shared; many never left the whiteboard, while others were immediately adopted into our new strategic plan.

The concept of producing and distributing 9miles Media branded content on a regular basis was one of the central themes of these talks. If we ourselves weren’t telling the story of 9miles Media to the world, how would we stay true to our core value of storytelling from a place of uniqueness and authenticity?

More often than not, rapidly growing agencies fail to remember their dire need to look inward amidst the daily grind of delivering client projects. We knew this would be our greatest challenge going into 2019 — telling our clients’ stories while telling our own simultaneously. The question now stood: How would we accomplish this?

Our answer came sooner than expected. Mid-way through our studio shoot the following week, our social media guru, Patrick, sent a YouTube link to our team group chat.

On his day off several days prior, Patrick had stopped in to check out our setup and capture some impromptu BTS footage and interviews with the team. He claimed to be starting a personal vlog that day (if you know Patrick at all, you know he is never without a camera). It was the following afternoon, after he turned around his first post, that we got an unexpected update. 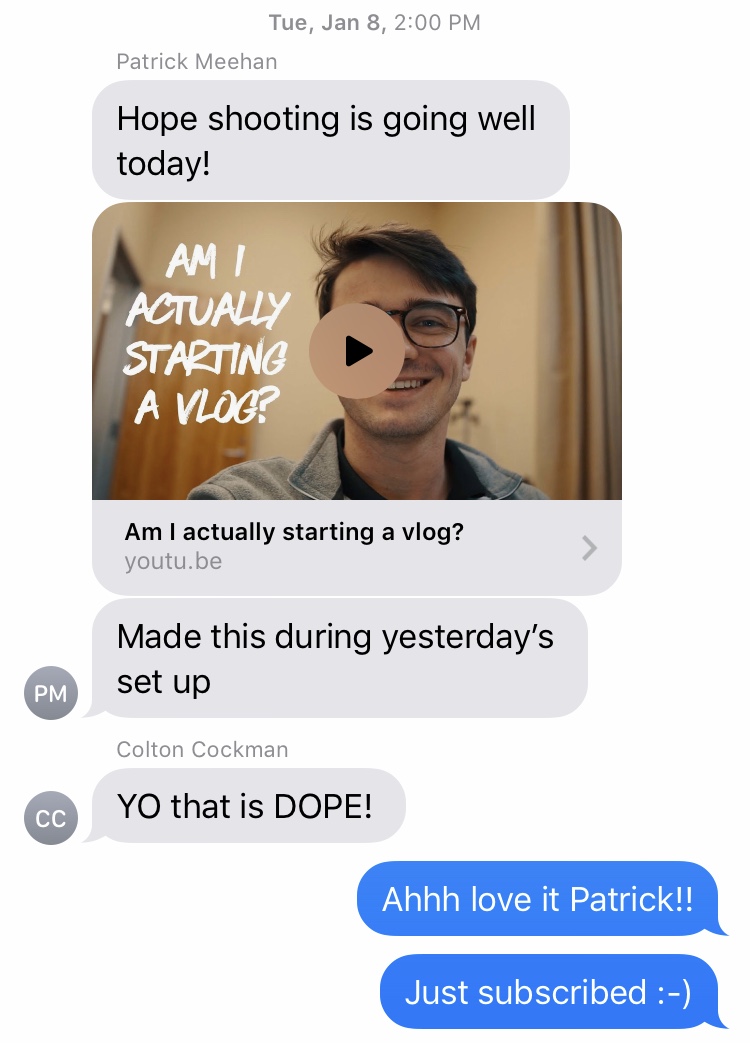 Up until this point, we had all been scratching our heads to come up with a way to communicate the spontaneity, authenticity, and excitement that is at the core of 9miles Media.

And in the span of four minutes, Patrick’s vlog had communicated just that.

Then it hit us…

The answer was One More Mile.

What started as a simple storytelling campaign has grown into a larger initiative to tell our client stories differently and more dynamically than ever before. With five One More Mile episodes (and counting), the story of 9miles Media is still unfolding. We can’t wait to see what the future holds.

Join us on this exciting journey by subscribing to our channel for One More Mile updates!

Subscribe to our channel to watch the latest episode of One More Mile.

Want to be a brand that stands out?

9miles Media crafts innovative and goal-oriented digital marketing campaigns with measurable ROI, which help clients realize and achieve their full potential. Learn how we can create a unique digital marketing strategy that resonates with your audience.

We love quality content, and we know you will too.  Subscribe to get the latest news, updates, and posts about our team.  Learn how we help make your brand stand out from the rest.

You have Successfully Subscribed!